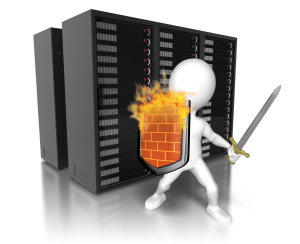 Over the years, protection has become increasingly more and more difficult to avoid.  It is everywhere, we have high end firewalls to let you, we have high end firewalls to let you out, we have firewalls within firewalls to protect other firewalls, and we also have firewalls on the servers themselves.  Sometimes you spend hours trying to figure out why something is not communicating to something else, and it turns out the good old Windows Firewall is causing your problem.  On the Unix Systems you may encounter firewall rules via the iptables security configuration, but that is another story.

A few weeks ago, while troubleshooting a connection issue, I found an article:  Top 10: Windows Firewall netsh commands and I was very pleased that I had. If you ever try to work through all the rules in Windows Firewall, you will be there awhile.

Tip #1: Turn off Windows Firewall – fastest way to determine if WFW is the problem