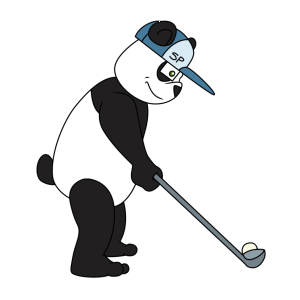 August ended up being a little bit quieter, which was actually kind of nice for a change of pace.

Team Panda was out at the Big Brothers Big Sisters of St Thomas Elgin Annual Golf Tournament.  We were not the most successful golfers on the course but we had a lot of fun and the weather was fantastic – so we ended up enjoying the walk around the course! 🙂

The Smart Panda (OurOnline.Company) is the title sponsor this year for our local Big Brothers Big Sisters, so it was great to get out and support them as they raised a significant amount of money to put towards their in school mentoring programs and also to support their Big/Little matches. Currently over a hundred kids are getting mentored, and there is no way to ever measure the impact of being involved in a young person’s life as they walk through the challenges of simply being a kid.  At The Smart Panda we work with the theory that you have to have a Trusted Partner (or Mentor) to get you through the challenges.

In the pictures below you will see a helicopter, which was also at the Golf Event and they dropped 2000 golf balls for Big Brothers Big Sisters “Big Ball” Drop.  The ball closest to the hole (or in the hole) won $2000.  The local helicopter training academy does the helicopter drop which is actually pretty cool to watch!

The Rotary Club is gearing up for a busy fall and winter season.  Once the weather starts to get cold we will be back helping Inn-Out-Of-The-Cold serving up great food and helping some very deserving people. The Rotary Club and The Smart Panda will be out working with Christmas Care again this year.  Wade is on the board of Christmas Care this year to help ensure that everybody at Christmas can have a great Christmas.

Just in case you still haven’t donated to the MS Ride – its NOT too late: Didn’t get a chance to Support the Ride?  IT’S NOT TOO LATE:  Click here to Support The Panda!

In one of my clients Oracle Managed Cloud Services environments which is extremely locked down, they were experiencing terrible performance issues trying to go to WB Mason’s external punchout site.  It was taking upwards of 5 minutes to return the catalog pages.

Something was CLEARLY wrong. In this case it was DTD – and what is DTD?  Well, document type definition of course – which is a set of markup declarations that define a document type for an SGML-family markup language (SGML, XML, HTML). A Document Type Definition (DTD) defines the legal building blocks of an XML document. It defines the document structure with a list of legal elements and attributes. A DTD can be declared inline inside an XML document, or as an external reference. XML uses a subset of SGML DTD. As of 2009, newer XML namespace-aware schema languages (such as W3C XML Schema and ISO RELAX NG) have largely superseded DTDs. A namespace-aware version of DTDs is being developed as Part 9 of ISO DSDL.[2] DTDs persist in applications that need special publishing characters, such as the XML and HTML Character Entity References, which derive from larger sets defined as part of the ISO SGML standard effort. (Yes, I cut and pasted that from wikipedia DTD page )

So basically the cXML of the external punchout is trying to validate against an external reference which the application server is not allowed to go to because of firewall restrictions. In this case because the only items we had validating were these valid external punchout sites, it seemed logical to turn off DTD validation! Which you can do since 8.49 PeopleTools. The version my client is on is 8.54, so it turns out that it is really easy in 8.54 to turn off DTD validation.

In the Web Integration Broker Gateway configuration (integrationgateway.properties) file, there is a setting for DTD Validation, simply change this to “false” from “true” and reboot the web server and what was once extremely slow is now returning in fractions of a second.

There are other ways to work around this issue, but this is a relatively quick item you can test to validate if DTD is causing your performance issues.