For Wade Coombs, owner of the Smart Panda Corporation 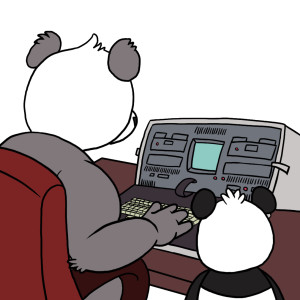 Interest in computers and coding came early – just 7 years old! His parents ran a membership database of 3500 people on Osborne 1, which was one the first successful commercially viable personal computers. Armed with a very limited array of memory (64 kilobytes) and storage limits of 2 single-sided 40 track 5 1/4 disk drives. This database pushed the computer to the limits of what it could do, so Wade’s parents had a technician come by on a regular basis to work on the computer and database.

Every time without fail, Wade was there to watch and learn. Then, tragedy struck, and the concept of “hit by the bus” was introduced, as the technician past away suddenly from cancer. This left Wade’s parents without anyone to keep the computer and database running.

As their panic grew as they talked about what they could do to solve the problem, Wade piped up in his young voice…

They laughed, looked at him kindly and said “how could a 7 year old possibly do something that complicated?” But Wade insisted and since they didn’t really have any other options, they let him give it a try. And so it began. He went on to manage the database, as well as taking on numerous other projects, right up until he went to University where he studied Computer Science.

Although valuable, it wasn’t really the hands on computer work he had hoped for, however, working for Carleton University, Bell Sympatico and Western University in various support rolls his passion shined.  Soon after, he went into business for himself.

Wade is one of those rare individuals who excels in solving highly complex problem, and has a natural talent for not just solving problems, but getting right down to the root cause. In fact to this day, nothing delights him more than having a tricky problem to solve and creating a custom solution that everyone loves to use!